Posted on June 17, 2019 by danrockproductions

Introducing: Forgotten Apprentice, a new fan-film from the minds of Danny and Jesse Rockwell, Krystal Lundberg and the expanded universe.

We don’t wish to give too many plot details out right now, however, stay tuned.

All of the renders shown in this trailer are the result of HUNDREDS of hours of practice with Cinema 4D, Element 3D and Lumion Pro. While these CGI clips are absolutely representative of the final product, it’s likely that they will be reworked when the film debuts. We are producing this film in parts, as opposed to one giant project, similar to how Star Wars channels create their fanfilms. The difference here is that our budget is basically nonexistent, so unfortunately things have been moving a little slower than we’d like. We hope to have SOMETHING out by the end of the year (hopefully another trailer that can show some great clips) but we’re looking into releasing part one around spring 2021 at the latest.

We hope you enjoy the trailer!

Posted on March 5, 2016 by danrockproductions

Posted on January 18, 2016 by danrockproductions

What exactly is Z-0?

Posted on August 24, 2015 by danrockproductions 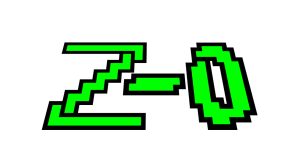 Funny you should ask! Z-0 is a film that my cousin Jesse and I are working on. It’s going to be a post-apocalypse survival film that will be slightly different to others out there. We won’t ask for any funding on Kickstarter or IndieGoGo or anything like that, nor will we charge to watch it when it’s released. This film is going to, most likely, look like crap, but that’s the look we’re going for! Jesse and I used to make skits all the time before our days on YouTube, and this film will be a callback to those days. The budget may not be huge, and it won’t be as silly as some of our skits are, but it’s going to be a more dramatic survival-ish film, not a comedy. Mind you, there may be humor in it, but it won’t be as “Front and Center” as most of my/our skits. This film is going to be serious.

As for a storyline, we have one, and in typical old-school DanRock Productions ways, we don’t have a proper script. Jesse and I jot ideas down, I write them on note cards, and then we go off of that and form a narrative in our head.

As for a release date, we’re going to shoot for early to mid 2016. If we make it or not; that is up to fate and our hectic schedules. No matter what, we’ll most likely be posting updates on our respected YouTube channels.

Thanks for reading, and I hope you’re as excited for this adventure as we are!

Posted on March 19, 2015 by danrockproductions

I’m rebooting my vlogging channel soon.
Stay on the lookout for it!

Posted in Uncategorized | Leave a comment
Posted on July 25, 2014 by danrockproductions

I’ll make this quick.
I have a new YouTube channel for secondary videos, or just videos that are just not main channel material. Enjoy:
https://www.youtube.com/user/danrockproductions2